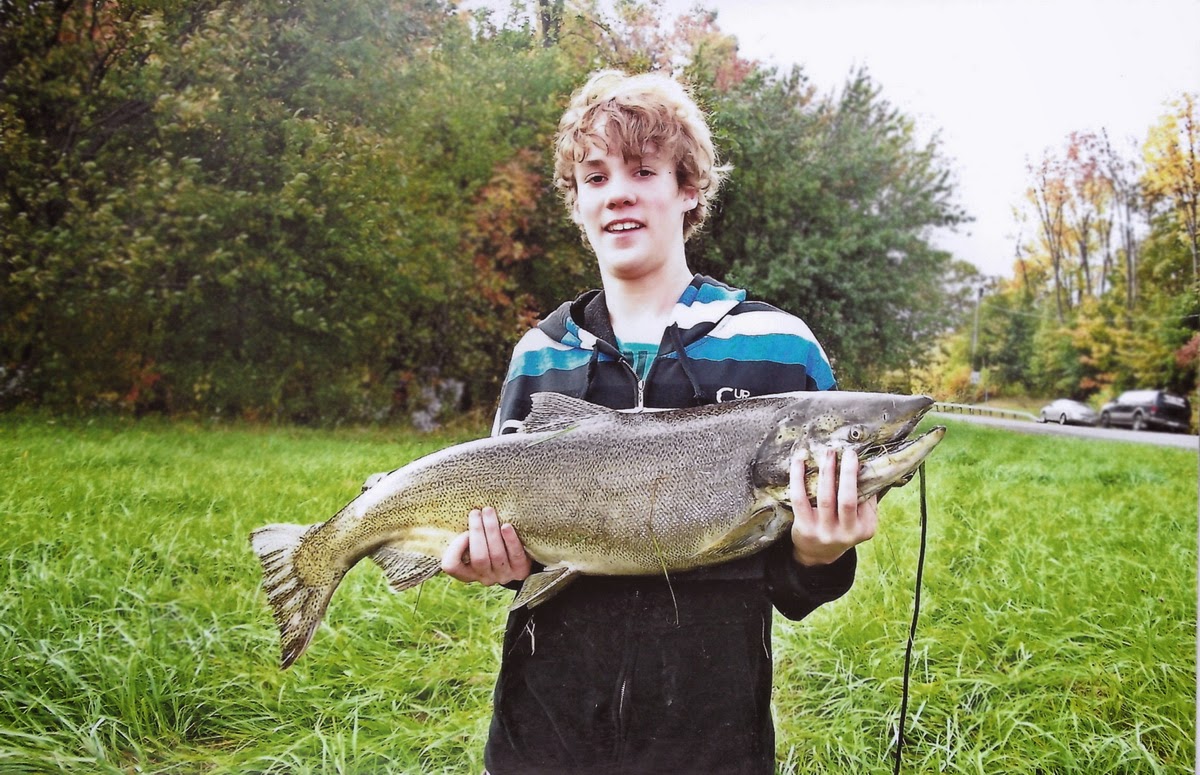 My son has been fortunate enough to go salmon fishing in New York several times over the past few years.  He goes with his friend and his friend's father and I am totally jealous!  I am not a big fan of cooked salmon, unless it is grilled, but I don't make a special effort to cook and eat it.  However, something that is a very special treat is cold-smoked salmon.  Now THAT is something I make a special effort to prepare and eat!

Here I am vacuum-packing the fish, and setting 3 of the fillets aside for cold-smoking. 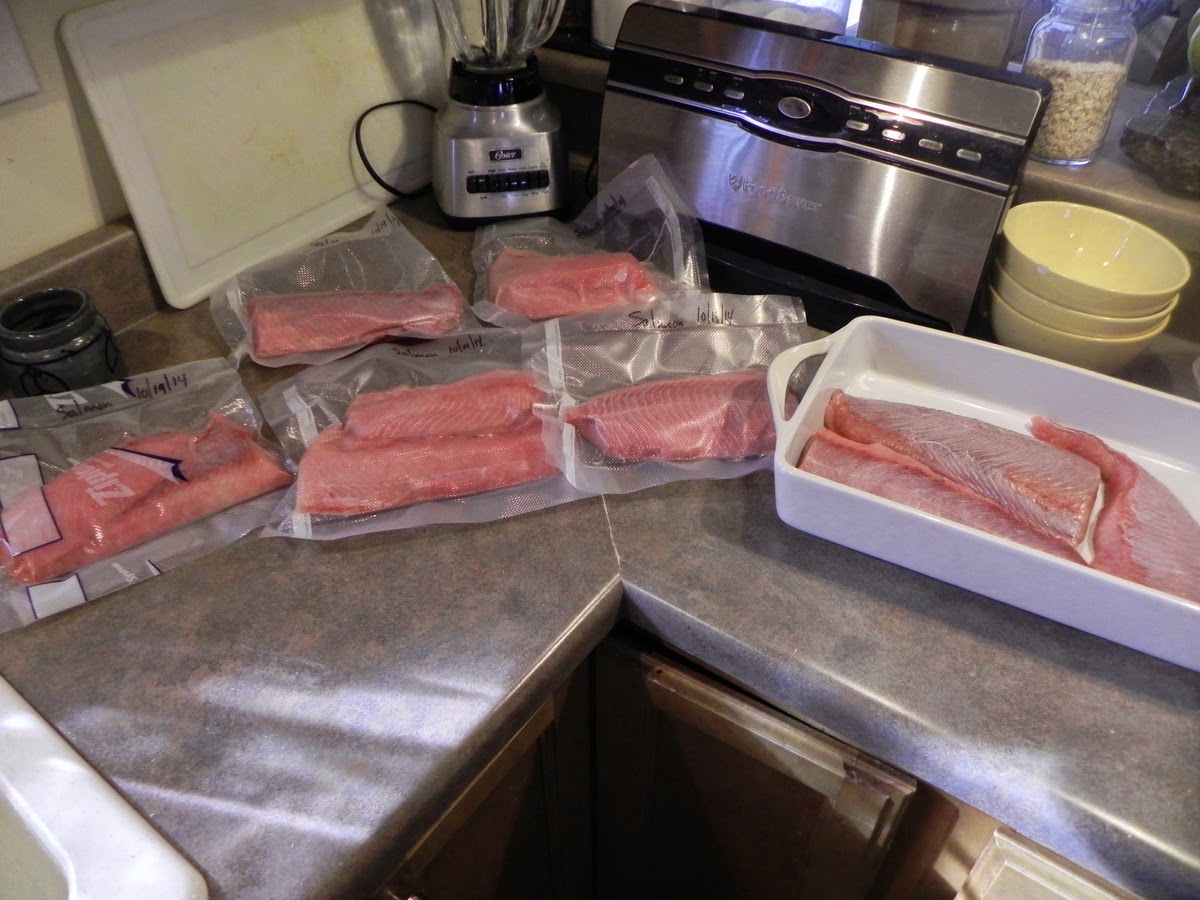 An important note regarding food safety in preparing cold-smoked salmon.  Cold-smoking does not cook the fish, it only adds flavor.  There are a number of parasites that can be found in just about any fish, and just like any fish you also have to use safe food handling with salmon.  Other than the freezing step, during this whole process you want to keep the salmon between 33 and 40 degrees Fahrenheit to inhibit bacteria growth.  If you freeze it, then keep it cold throughout the process, the salmon will be very safe to eat.

The process, in a nutshell
I tend to get wordy, so instead let's look at the steps in this process
1. Freeze the fish
2. Cure it
3. Desalinate
4. Cold-smoke

Freeze the fish
The way that any possible parasites are killed is by freezing the salmon at -10 degrees Fahrenheit (-23 C) for at least 5 days.
First, wrap the salmon and freeze it at -10 degrees F for at least 5 days.  Then thaw it in the refrigerator, and NOT at room temperature.  After it is thawed, pat it dry with a towel or paper towels and place the fish in a casserole dish.

Cure the fish:
2 average-sized salmon fillets will weigh about 1 1/2 pounds, and these are the amounts that I use for that much salmon.  However, this time I made 3 fillets which weighed about 2 1/4 pounds, so I had to increase these amounts accordingly.  Instacure #1 that is mentioned is curing salt that contains 6.25% Sodium Nitrite and is also known as Pink Salt, or Prague Powder, and is used to cure the meat and inhibit microbial growth.

1 teaspoon Instacure #1 curing salt
1/2 cup kosher or canning salt
1 Tablespoon white pepper
1/2 cup white sugar, or brown sugar
This can be increased or decreased depending on how much fish you are preparing.

Mix the ingredients well, the curing salt needs to be well distributed.  Place a thin layer in the bottom of the casserole dish, then lay the fish on top of that.  Distribute the rest of the cure over the top of the fish, and try to cover the fish entirely. 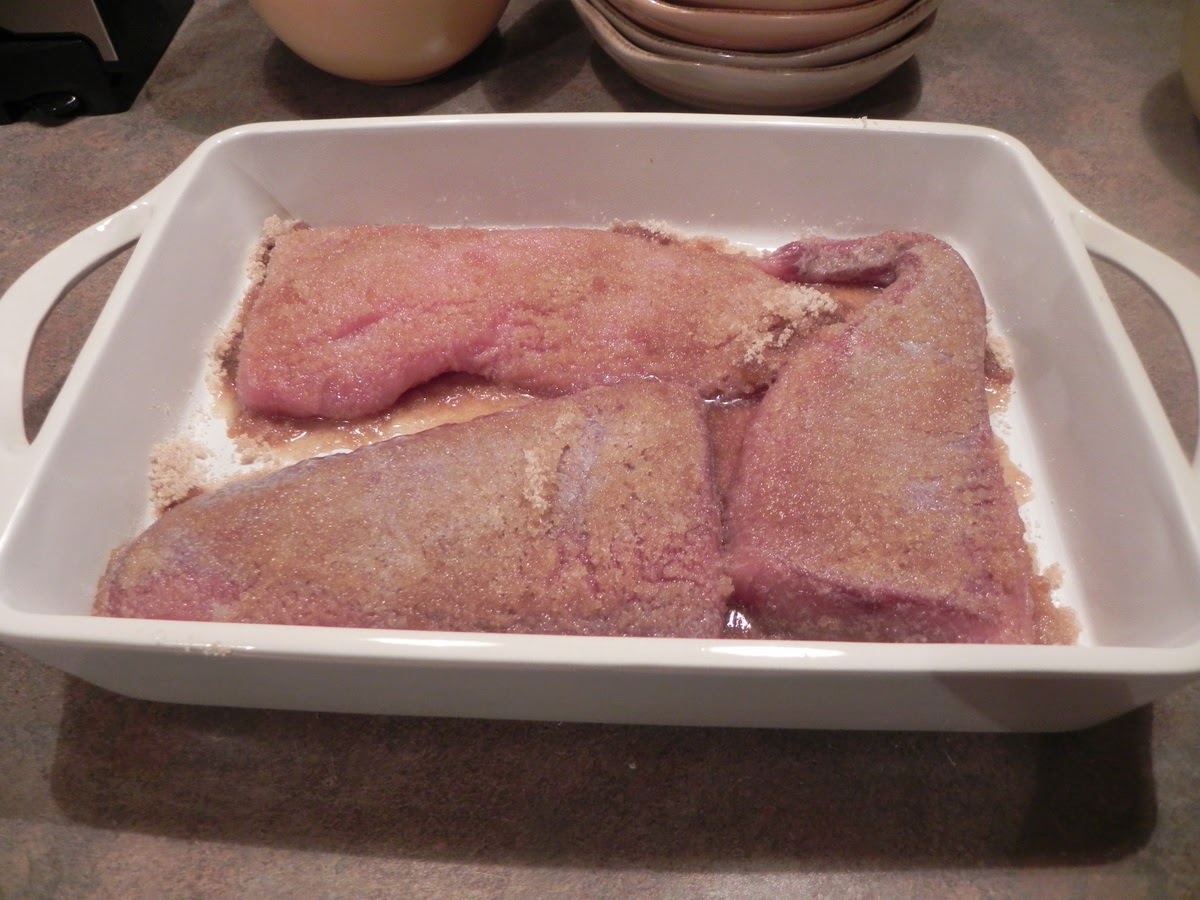 Cover and allow this to sit in the refrigerator for 24 hours, then rinse all of the salt off the fish.

Desalinate the fish
In this next step you will be removing the excess salt.  Place the rinsed fish pieces back in the casserole dish, and fill with cold water.  Place the fish in this water for about 30 minutes in the refrigerator.  Rinse the fish in cold water again then pour the water out and fill the dish with water again.
Place the fish back in the water-filled dish.  I used to desalinate the fish for an hour only, but I found that the final product was way too salty.  After experimenting some, I found that allowing the fish to sit in fresh water overnight in the refrigerator lowers the salinity of the fish much better.
After it sits overnight in the water, pour out the water, and rinse the fish under cold water again.  Then dry it well with paper towels or a towel.
Place the fish in the casserole dish UN-covered and in the fridge for 24 hours.  This will dry the fish some and form a thin skin that will help in the smoking process. 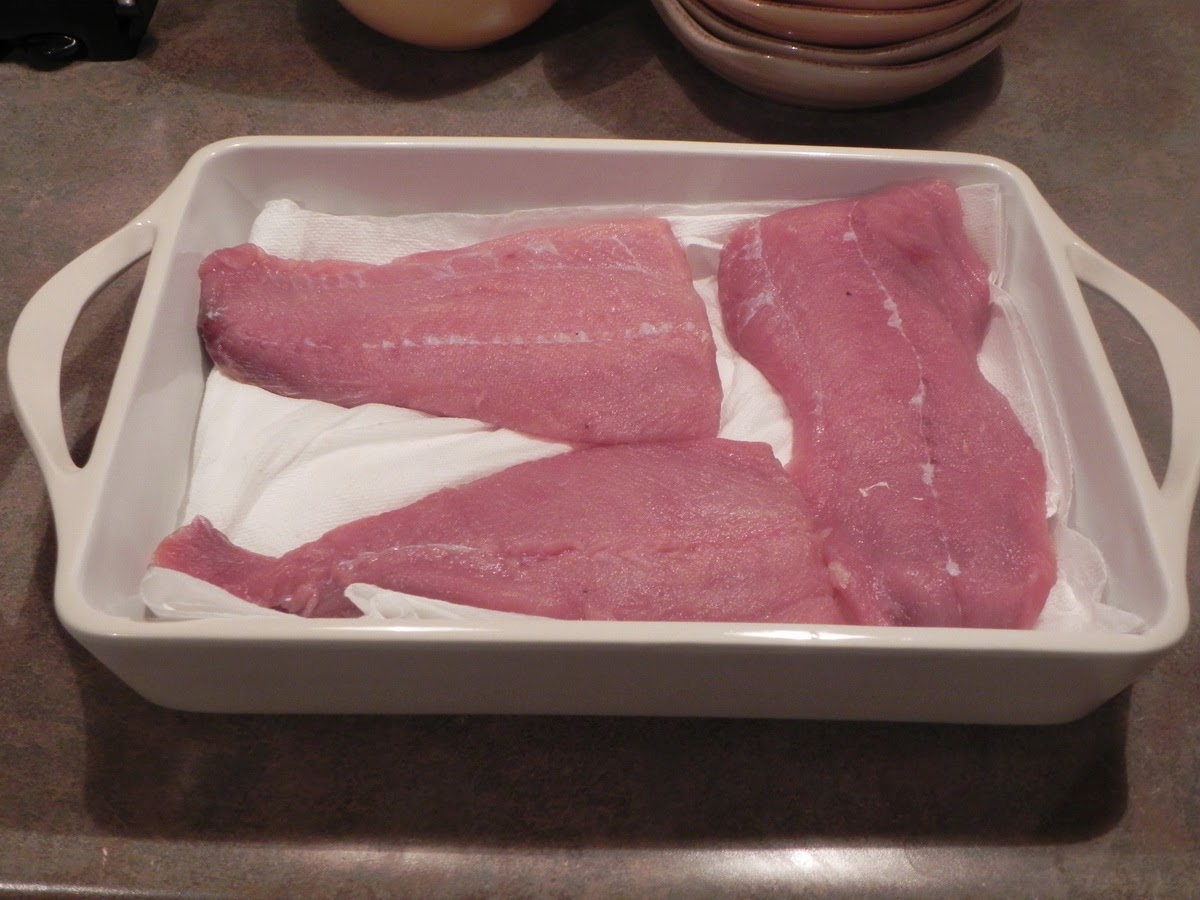 Cold-smoking is not a cooking process.  The idea is to apply smoke to the food, but not cook it.  You don't want the temperature in the smoker to get above about 80 degrees.  However, I make sure that it stays MUCH lower than that, preferring to get into the safe meat temperature zone of 33 to 40 degrees.  The last batch I smoked was done when the outside temperature was close to 45 degrees.  I also placed a large bowl of ice above and below the fish in the smoker.  A thermometer placed in the smoker showed that it never got above 40 degrees.
The way that I cold-smoke is to use an attachment that I bought for my smoker, a Smoke Daddy smoke generator, available HERE.  This attaches to my smoker as shown here: 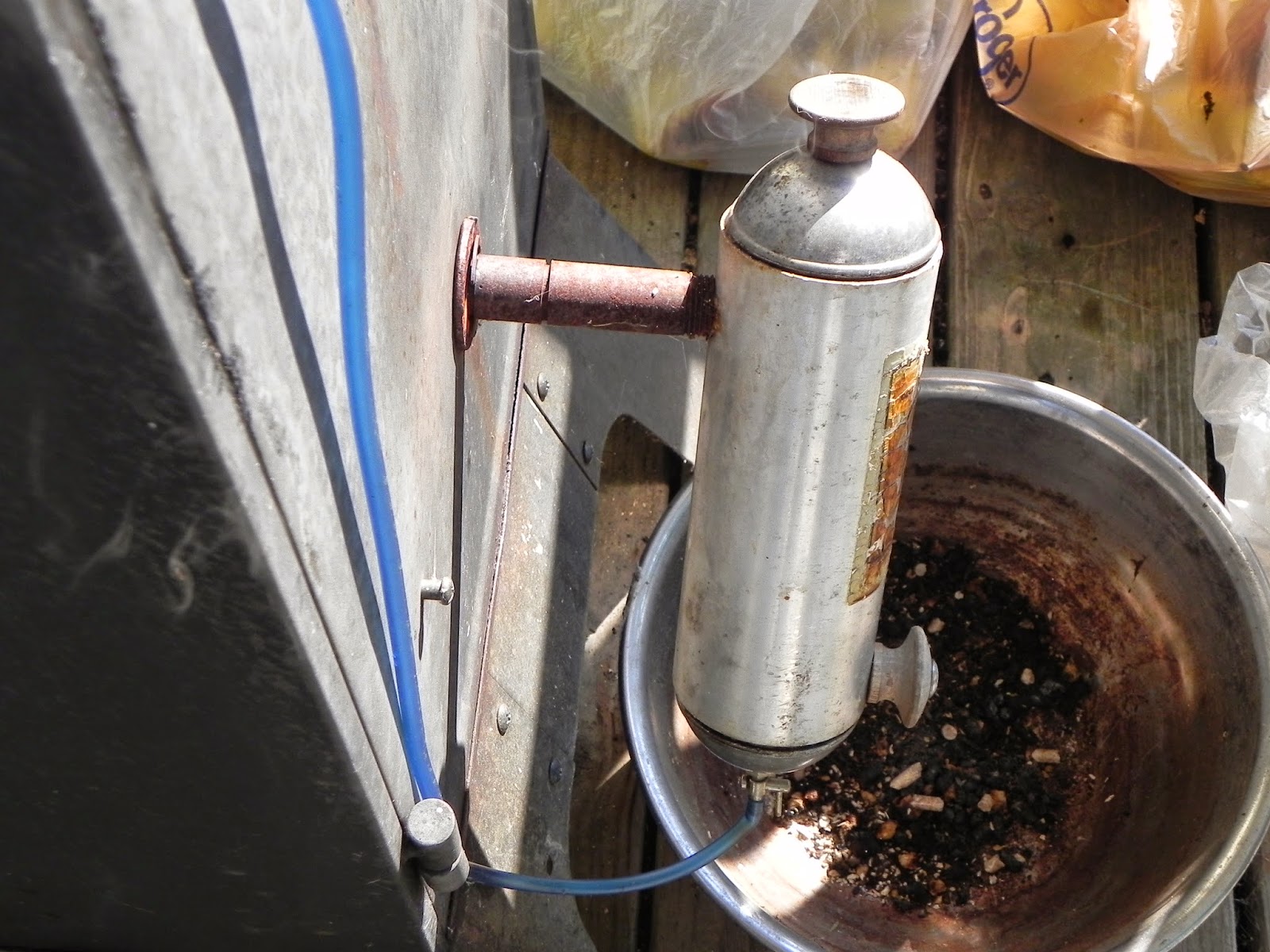 The smoker is just used as a chamber to hold the food and smoke, it is not turned on during this process.  The smoke generator gives a lot of smoke but with very little heat.  It is especially ideal for smoking cheese.The smoking time in a lot of articles on the internet are 12 to 24 hours.  I have found that you get a good smoke flavor after an hour or two, I generally smoke it for 2 hours.
If it is not cool enough outside, try to smoke when the sun is low or at night.  Also add a large bowl of ice above and below the fish.  You want to keep the fish cool, even the sun shining on it can heat it to 90-100 or so, and that is too hot and will cook the fish.

I didn't want to waste all the other space in the smoker, so I added some cheese; Gouda, a hot pepper cheese, and a cheese from New Zealand that my wife had bought. 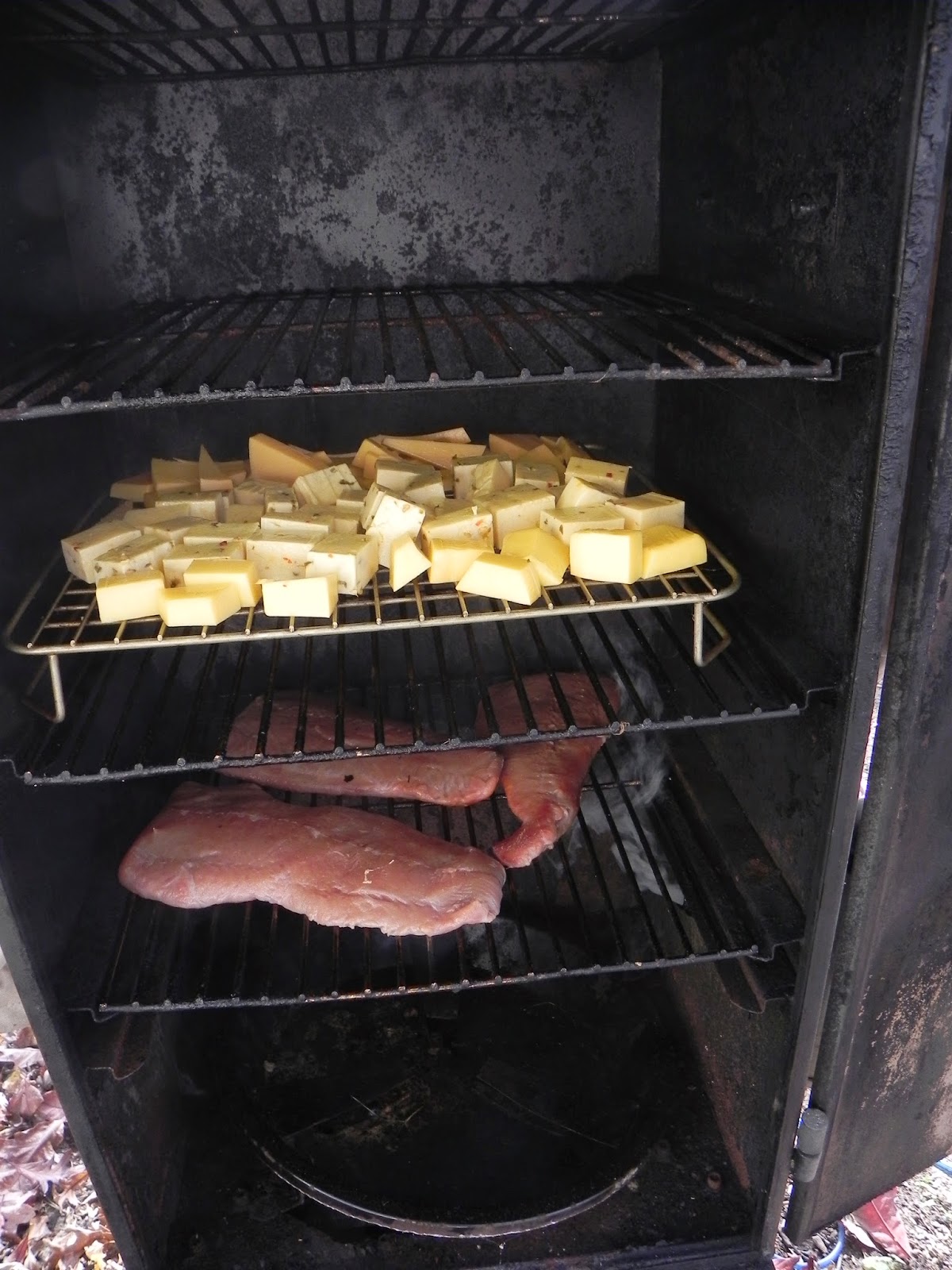 After smoking it for a couple of hours or so I refrigerate some and freeze the rest,  depending on how much I have prepared. 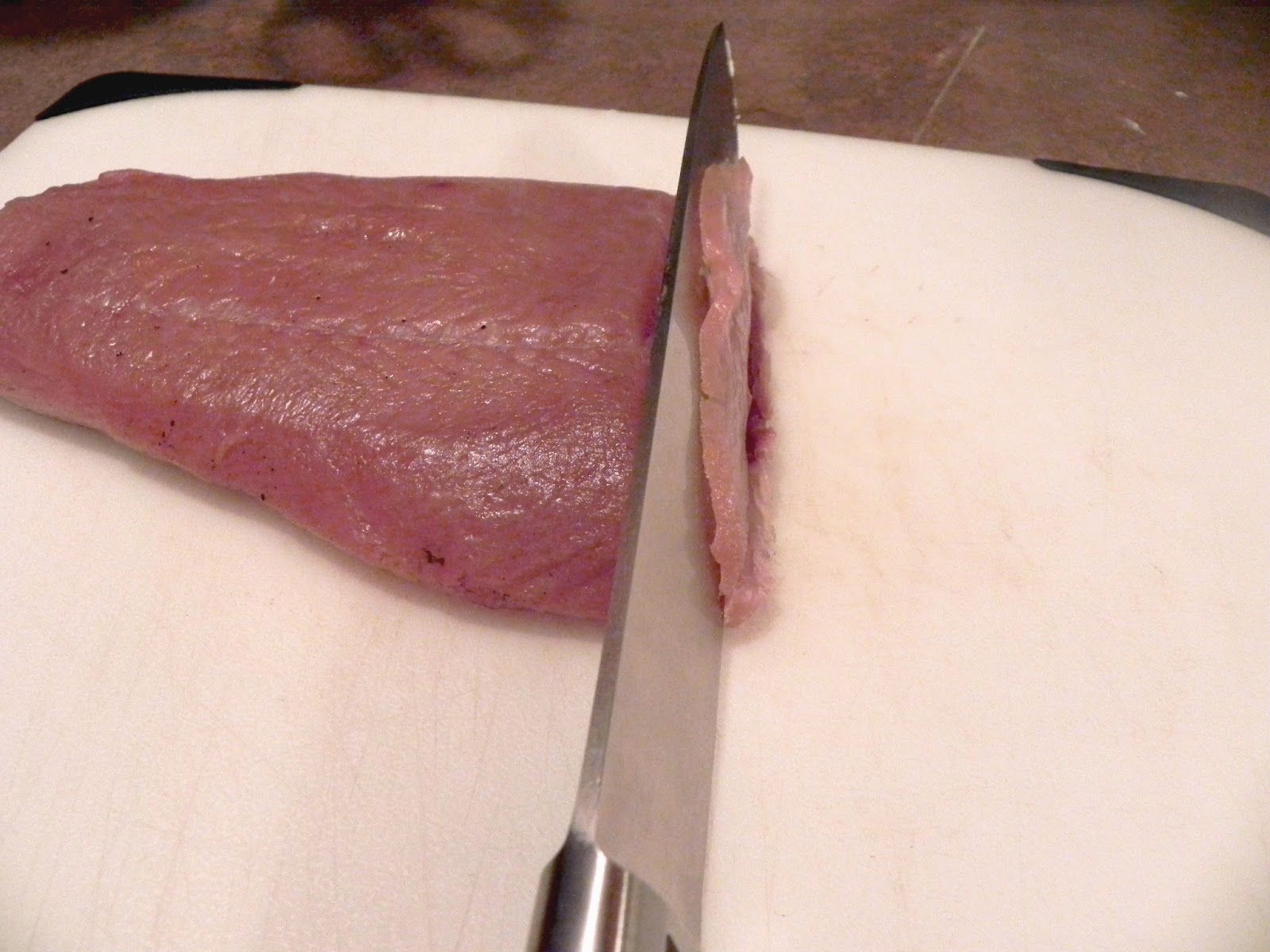 Serve it alone, or on a bagel with a 'schmear' (cream cheese) or with crackers and cream cheese, or any way you would like. 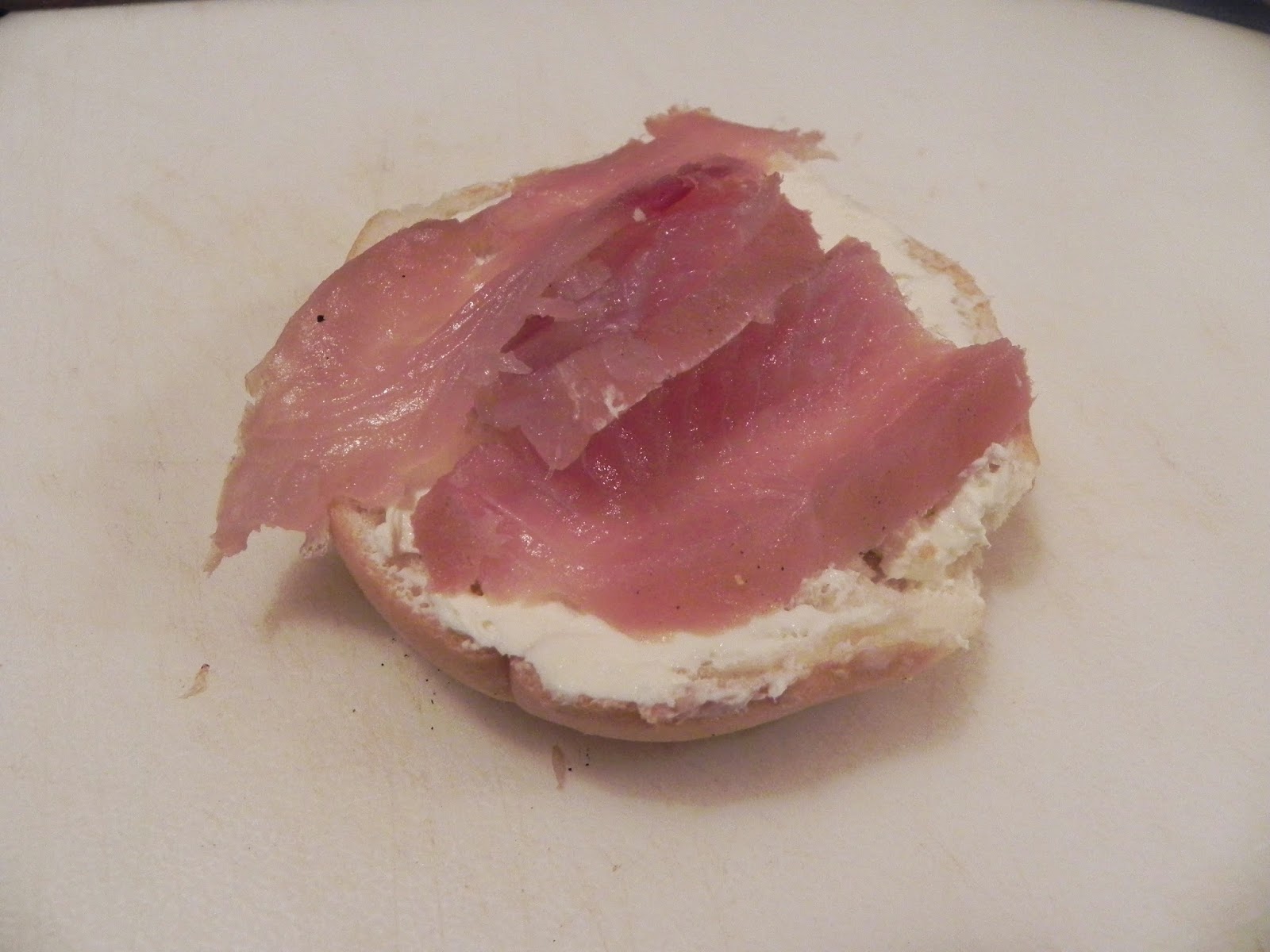 Posted by JunkerJunk at 1:19 PM